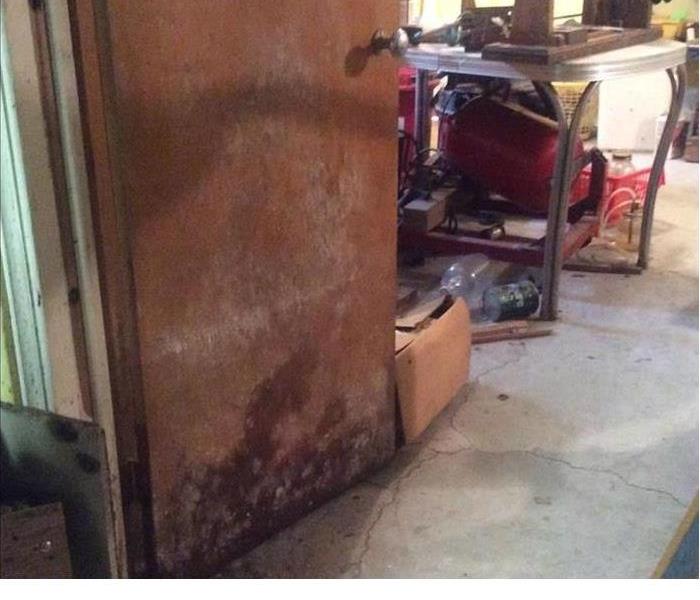 We received a call an elderly Gentleman in Oregon Ohio about a water damage in his basement. The Customer had explained to the office that he had heard water dripping for quite some time. He had already called out a plumber and they had discovered a broken pipe. The plumber fixed the problem and told the gentleman that he needed to call someone out to dry out his basement. He Called SERVPRO of Sylvania/West Toledo and we came out that day.When we arrived on site to assess the damage we discovered that our water damage was now a mold remediation job.  Unfortunately his basement had been damp for quite sometime. we were able to dry him out re-mediate the mold and make his home a healthy living environment once again. The customer was very happy and he stated that " At first I was concerned that two young ladies showed up to take care of my damage, but  you girls proved me wrong!"